Welcome to our new column on market analysis for the metaverse! We'll be providing you with the most recent statistics and data on the state of the metaverse market every Monday. This brand-new column is produced in collaboration with the outstanding staff at OneLand, a marketplace for virtual territories in the metaverse.

The aggregate land cap across the seven metaverses is down for the eleventh week in a row (-4.67%), according to OneLand's 7-day statistics, with trading volumes up 15% and holders remaining stable (-0.15%).

The decrease in land cap is the largest weekly dip in percentage terms since July (as it was last week), but it is mostly due to the two major projects, The Sandbox and Otherside. The top sale price for Otherside continues decreasing. In addition, when the price of ETH continued to rise this week by an additional 14%, it probably led several flippers to make a profit.

Decentraland, meanwhile, experienced a little improvement in all indicators, with its week-over-week land cap going positive for the first time in six weeks.

For the first time in over a month, The Sandbox saw an increase in LAND sales week over week (by 48%) and trading volumes (+52%); however, these improvements were not enough to prevent a further decline in overall market cap (by -4.85%), as the average price (+2.9%) failed to make up for last week's 18.6% decline.

Even still, the number of unique holders is still declining, down 1.75% for the month and 0.15% for the week. Although not wholly strange in a negative market, it contrasts sharply with comparable metaverse initiatives like Decentraland and Voxels, which have lower market caps and significantly worse recent property results. The Sandbox, meantime, keeps up the excitement by bringing in big names, like this week's celebrity Paris Hilton, and offering community incentives like a VoxEdit competition with Swedish art-tech initiative Picture This, which has 30,000 SAND up for grabs.

Even while trading activity in Decentraland has decreased recently, including the buying of Estates and other high-priced transactions, signals of an economic revival have started to appear since since its average sale price nearly matched that of The Sandbox at the beginning of the month. The tide swung in favor of this particular measure comparison last week, and this week it also closed the land market cap gap.

The second week of August witnessed stronger results, with sales numbers and trading volume increasing by 56% and 88%, respectively, following a little leveling down of its performance across key measures in the previous week. Decentraland was able to enjoy its first week-over-week growth in land market cap (+1.8%) for a complete 6 weeks thanks to a 16.7% increase in its average sales price.

Voxels experienced fewer land parcel sales this week—30 versus 41 last week—resulting in week-over-week declines in all key indicators and a return to the prior weeks' new norms of lower average prices and declining land caps. The average sales price dropped to barely 0.05 ETH over where it was at the end of July, and there were no significant sales to note, thus trading volume was a pitiful 17 ETH.

A short peek at a metaverse's holder analytics can be a helpful counter to depressing data, and once again, the Voxels community stands out. The number of unique holders is strong and increasing week over week, month over month, and undoubtedly year over year. Therefore, while some "hodlers" may be selling their lands, Voxel residents have a strong sense of community, suggesting that they shouldn't be very upset about the situation instead seeing it as an opportunity to purchase additional pieces for potential future benefits.

This week, Somnium Space experienced the most sales (13) and trading volume (20 ETH) since the same week last month. This was yet another fantastic outcome for the metaverse, made even more so by the fact that the prices of ETH (+63%) and CUBE, the native token of Somnium Space, had both increased significantly over the same time frame.

Following its lowest price for a top sale (2.11 ETH) since the end of June, the total market capitalization of land decreased somewhat for the week (-%). Notably, Somnium publicized its impending Virtual Reality fashion show to take place next month on the last two days of the week, which resulted in 5 sales and more than half its weekly volume. Another first-of-its-kind for the undisputed master of VR virtual worlds, the cross-reality phygital event will include IRL fashion models with complete body tracking and haptic suits will be staged concurrently in Prague and the metaverse.

The CUBE token from Somnium Space, which had surged 41% last week, has since moderated considerably but is still down only 7.5% for the week.

At Worldwide Webb, it was a busy week filled with wonderful news. With 105 Apartments sales as opposed to 84 the week before, trading volume increased by 6.1% week over week. On the heels of last week's landholder Alpha updates and general encouraging signs (including a 25 ETH sale last week) that WorldwideWebb's economy is on the mend, the metaverse has been releasing a plethora of partnership announcements and NFT integrations into its platform.

To commemorate the first anniversary of the Deadfellaz project, Worldwide Webb, which had been off the party scene for a while, organized another of its renowned Teshimi parties this past weekend. The project appears to be progressing thanks to the addition of new friends and the reunion of existing ones. Even if the project's number of unique holders only increased by 0.15%, this is a turnaround and the first growth in recent months.

NFT Worlds is still feeling the effects of the July restriction on NFTs on Minecraft's servers. This week was no exception, as revealed by OneLand statistics, which followed the initial green metrics of brisk sales and volume in the immediate aftermath with a second consecutive week of all key measures in the red. People are selling their Worlds, which puts more and more downward pressure on its average price, which is now 0.89 ETH for the week, down another 16% for the week. A weekly top sale of 1.35 ETH is also a very far cry from anything that has previously occurred in the project's history.

The P2E gaming project's land cap is now down 23% overall since the hammer of Minecraft hit the project, falling 6% for the week after three straight weeks of 7% declines. Although it has publicly declared its intention to reconstruct its metaverse, NFT Worlds has not yet given a deadline. The team still conducts its weekly Twitter Spaces, with 2,200 viewers checking in to the most recent one, to maintain communication.

Both the trading volume (+16%) and the sales figures (+27%) for Otherside increased significantly from the previous week. Otherdeeds continues to far outpace all other virtual world projects in terms of sales, reaching a total of 526 this week, despite average pricing falling for the fourth week in a row, this time by 7.6% to 3.33 ETH.

Otherside's weekly top sale price also continues to decline, coming in at just 19 ETH over the last 7 days. This decline may be caused by the increase in the price of ETH, but it still stands in sharp contrast to the previous four weekly top sales, which were for 30, 75, 135 and 154 ETH, respectively.

Visit oneland.world for detailed market and metaverse project data, and follow for the most recent updates on Twitter. 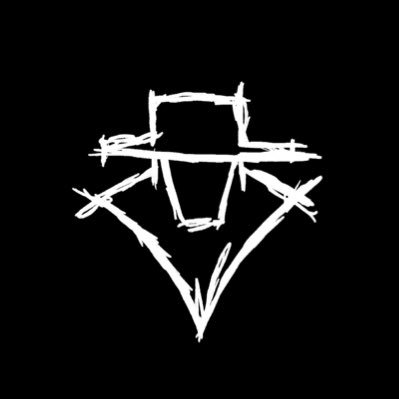 The first horror film and experience that was influenced by NFT holders. 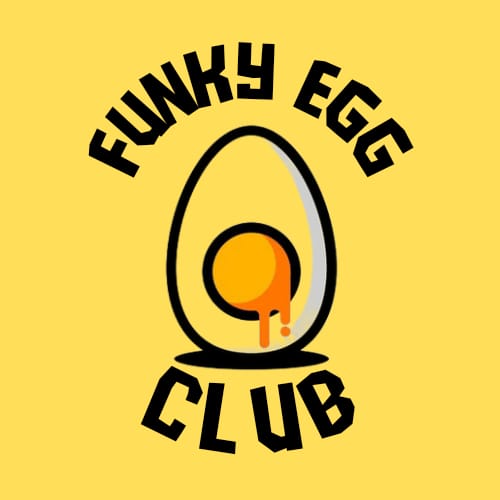 The Funky Egg Club is a collection of NFTs that can be used in a game. ... 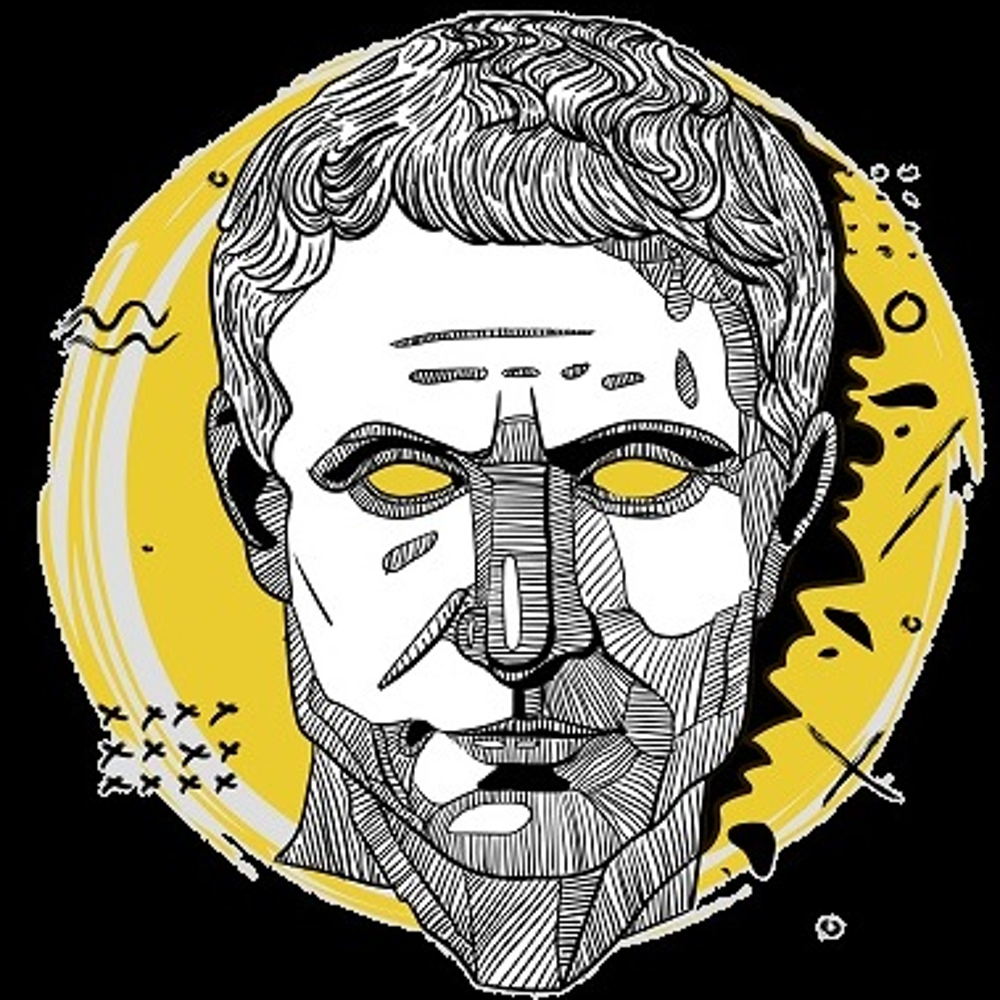 nightMinds is the first such project in the world. 100 quotes of my authorship on solana, which will allow you to...