Magic Eden's plan to create a restricted Bored Ape Yacht Club NFT marketplace for the ApeCoin community is up against some opposition: Marketplace protocol Rarible has made its own proposal concept available to owners of ApeCoin (APE) with a zero-fee offer.

Rarible released its proposal concept on Wednesday, which is an NFT platform with an emphasis on ApeCoin that has no marketplace fees for NFTs that are listed natively by holders. The marketplace, which runs on the open-source Rarible Protocol, would also compile listings from other marketplaces like OpenSea and LooksRare to improve liquidity.

hey @apecoin our new proposal to build you a community marketplace is the only one you'll ever need. pic.twitter.com/JcJIvqLtYN

The proposal also includes a number of other features, such as the ability to make a collection-wide offer, dedicated support, and fiat currency payments through MoonPay. Rarible stated that it may open the marketplace for free in four weeks after receiving DAO certification. It has also created marketplaces in the past for NFT programs like V1 Punks and Degenerate Ape Academy.

The well-known NFT market Rarible concentrates on Ethereum and has gradually expanded to other chains. Magic Eden, the largest market in the Solana ecosystem, has only recently added support for Ethereum NFTs.

Both initiatives are at the concept stage at the moment. After then, they might be changed into a formal proposal and put to a vote. If it is successful, only the ApeCoin community would be able to use the Bored Ape NFT marketplace.

There are Orbisons that represent various races, cultures, ethnicities, and types of US.. Orbis86 is ... 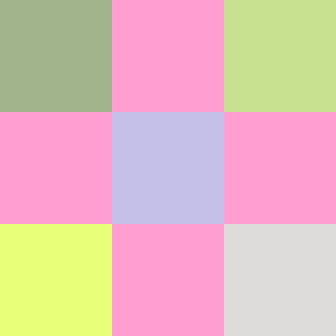 HWA is the world's smallest flower NFT and represents hope, joy, and peace. ...

There are 5,555 full 3D unique NFTs on the ether.. The last remnants of civilization are wandering t ...