Builders that use web3 to challenge legacy systems by empowering community contributors encourage me. The DeSci (science through web3 primitives) initiative is the spark for reimagining the pharmaceutical and healthcare sectors. The most significant scientific discoveries all begin with a concept that is so intriguing that it leads to further investigation.

When does an idea become a reality? Maybe a random mashup of prior ideas and new components is created in the nanosecond following synapses firing. It can take a little bit longer. Even the greatest concepts can occasionally be reversed to their original state when quick electrical signals escape into the ether. What's more, when does that concept start to pay off?

Only a very small percentage of ideas are immediately scalable on their own; the majority, however, are seedlings that require energy and fuel to grow to their full potential. Even the earliest seeds can be extremely valuable, particularly if they have access to fuel and energy. That access is made available through web3 through initiatives like Molecule.

Have you ever pondered how medicines are distributed? At the highest level, it begins with a bright researcher who is awarded funding to carry out additional study by a group like the National Institutes of Health (NIH). Typically, the researcher we are referring to works for a university, where the research results in a discovery that eventually leads to a patent that is held by the Technology Transfer Office (TTO). Pharmaceutical corporations look for TTO-held patents that match their profitability and business goals outside of the academic world.

In order to start working on the medication, a pharmaceutical business locates the researcher's work and obtains a license for the patent with the TTO. Innovative research with the potential to save lives may be shelved if the addressable market is smaller than what is required for the pharmaceutical business to make the investment, which is one of the model's drawbacks.

Imagine learning about research that could benefit a condition that a member of your family has experienced for a long time. Now imagine that the same research doesn't pass the criterion for investment since there isn't an addressable market. Pharmaceutical businesses employ financial models to make investment decisions. The solution is there for you and your family, but the tools to put it into action are not. The research would probably not be utilized to produce a medicine under the current methodology.

Value can be arbitrary, and it is typically determined by the person or object who is giving it to anything. Ideas gain credibility in the worlds of venture finance and public markets with the help of patents or tangible sales. The opportunity has been identified clearly, and any investment's risk has been somewhat reduced. What if value was captured earlier on in the procedure? How may reimagining the drug development process be aided by the value captured? Could some of the largest problems in healthcare be solved through distributed and decentralized innovation? Molecule appears to agree.

The Protocol Stack of Molecule facilitates the pre-patent capture of value for research while connecting it to financing sources and stakeholder networks. 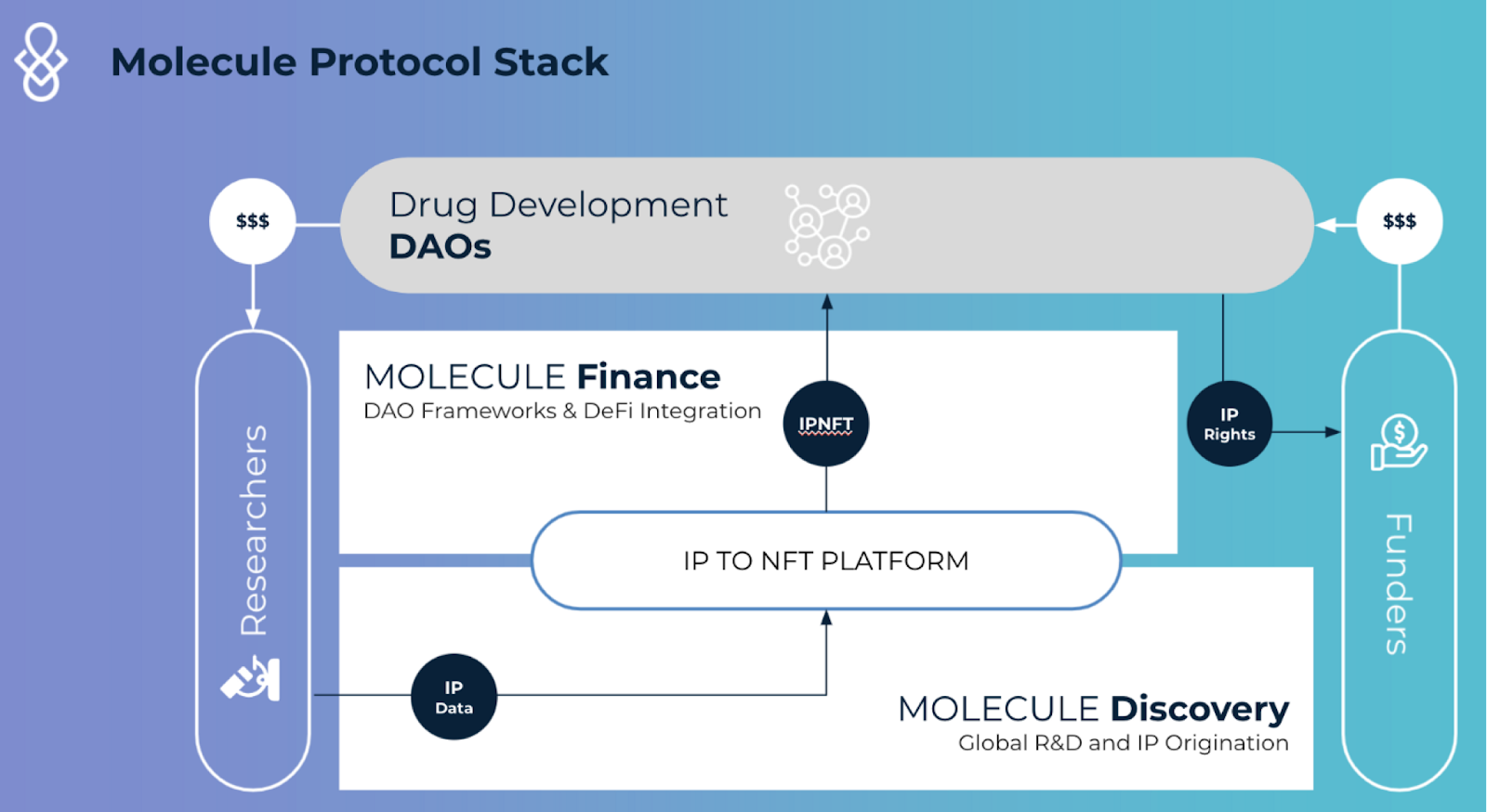 IPNFT - It captures the value of an innovative concept in the time between research and product or patent. IPNFTs combine an IP license and a smart contract into a single toolset.

Researchers can develop a project on the MOLECULE Discovery platform that showcases the specifics of their study, milestones, and the financing needed for each milestone.

MOLECULE Finance: Members can decide to fund promising initiatives and take a stake in the IPNFT using DAO frameworks and DeFi.

The web3 technology and the goal for constructive disruption are driving Molecule to lower the barriers to life-changing medical innovation. With this paradigm, a group of sufferers from a similar disease may band together and devote their efforts to discovering a treatment.

Since many ailments don't even have a non-profit to fund, all they could do in the past was generate money for those that did. In this instance, patients now have access to the drug development process and the power to support treatments for particular condition and disease. This community may be able to become the engine that drives the cure by uniting as a DAO. Their DAO might locate a study endeavor on the Molecule platform and decide to buy the IPNFT associated with it.

For instance, the VitaDAO community, a DAO with a longevity focus, has thousands of members, including researchers and scientists. Members can vote on proposals and contribute money to the DAO treasury for longevity-related projects by purchasing the $VITA token.

The DAO can now take part and even speed up the creation of a solution rather than the University TTO licensing a patent to a pharmaceutical business. Furthermore, the DAO might give those same individuals the chance to combine their data for the benefit of the research teams. Access to the data through web3 could demonstrate actual returns to the specific supplier. 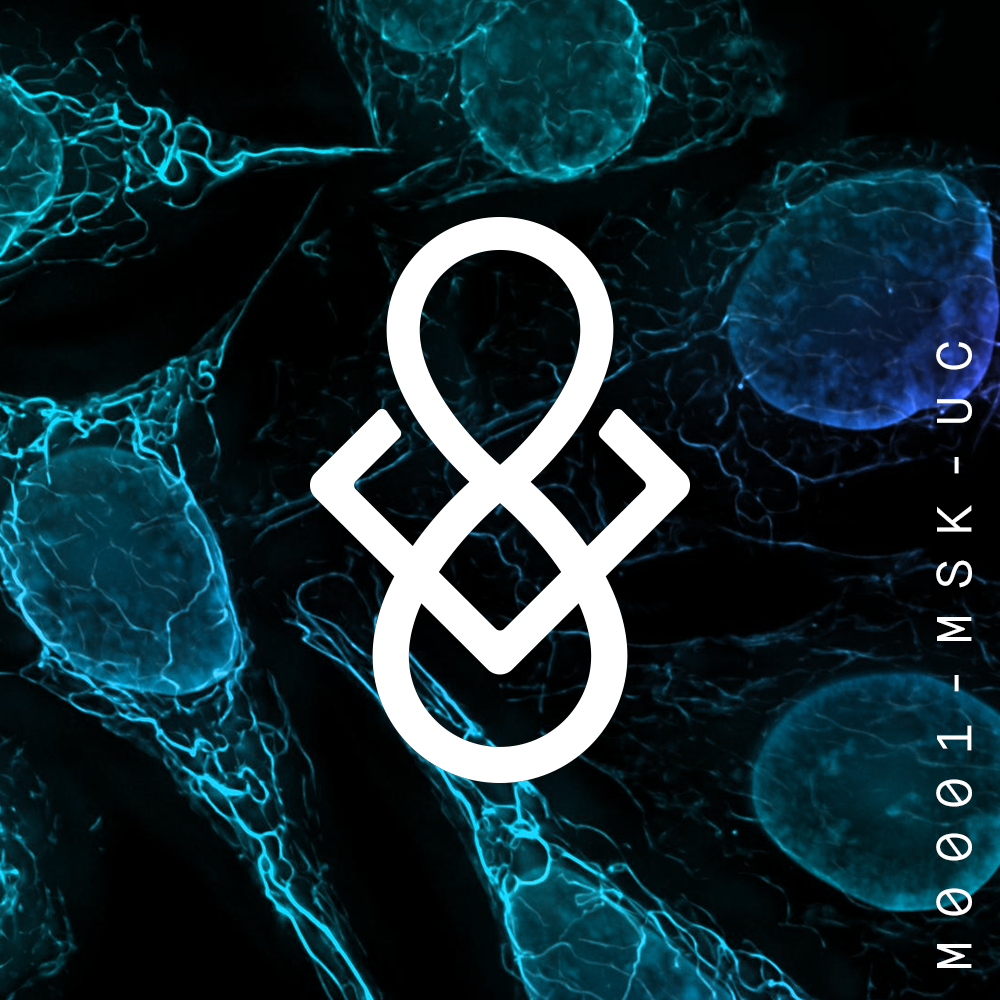 The "Longevity Molecule" research, which was started by the Scheibye-Knudson Lab at the University of Copenhagen, was the subject of the inaugural project for Molecule. VitaDAO purchased the IPNFT for this study.

These concepts are unorthodox and go directly opposite to the established structures, yet that is precisely what makes them so alluring. We can create workable alternatives to the current systems that may be able to limit innovation and solutions addressing the needs of that community by capturing value early in the process, engaging a community aligned with a cause, activating that community toward a solution, and assigning value and permissions along the way. 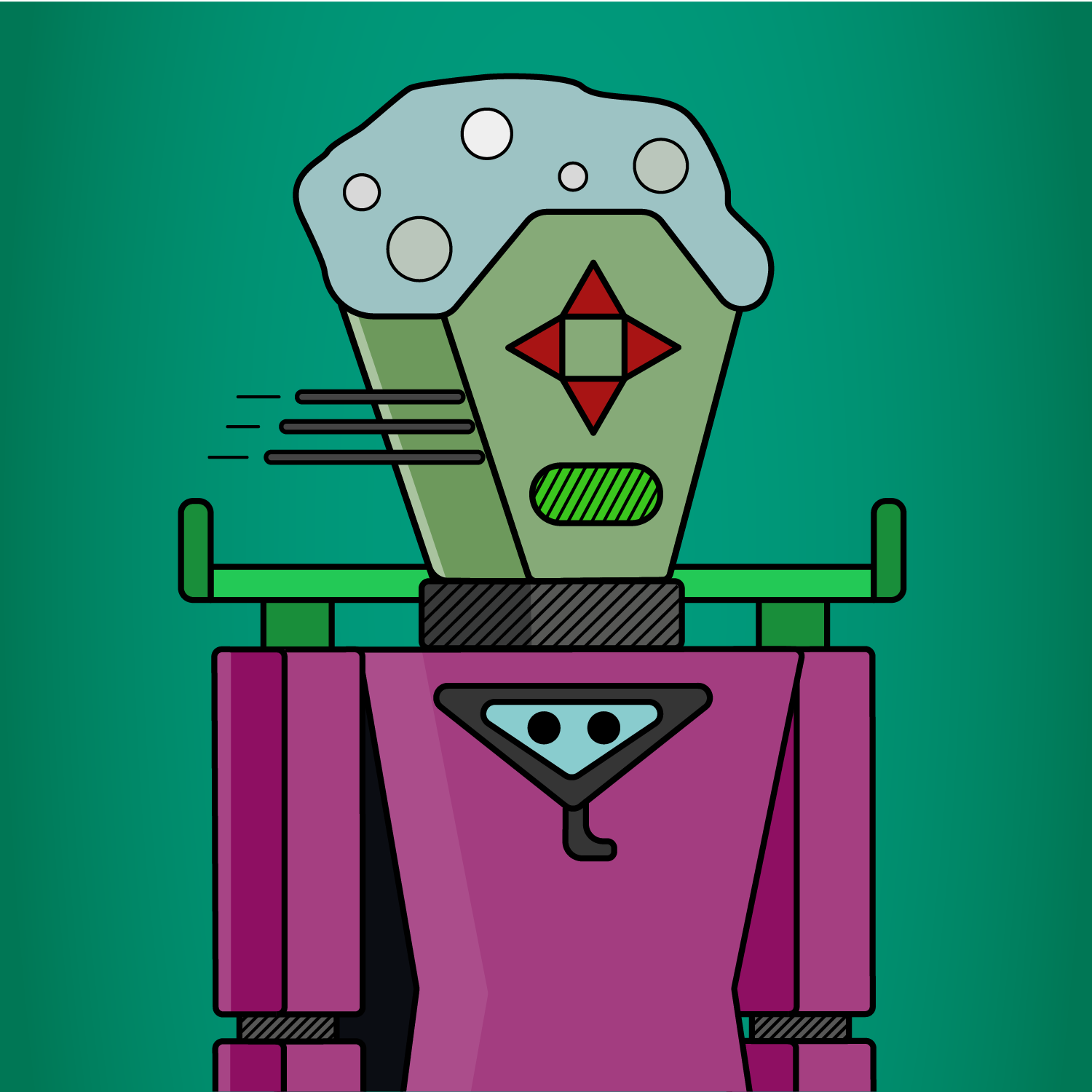 I will send a physical copy of a hand-drawn Zinbo art to each of you guys who buy an NFT from the first collection.. The 5555 generative collection will be released in a couple of months and the community will build a battle robot.. It will fight against other robots and compete in different tournaments to promote the learning of robotics and exact sciences.. Don't forget to check them out.

The artist that created BirdRalph is from Germany.. There is a collection of 1.089 NFTs in BirdRalph.. They are based on the art and attributes of the Moonbirds. This is the first time that a Moonbirds derivative is based on a real person life.. The holders will collect a token and level it up over time to get more benefits. 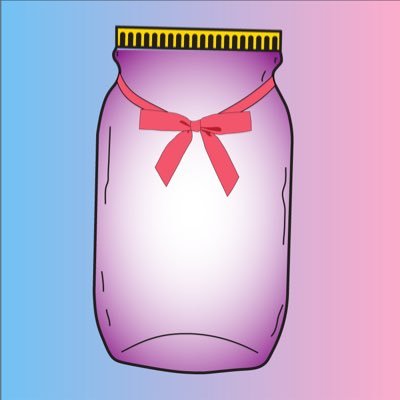 Two guys who had a dream of owning a gaming studio founded Buttlepuff Studios in 2022.. The studio is their attempt at that.. One day, we will be able to experience a buttlepuff.